History of the Montreal Highland Games 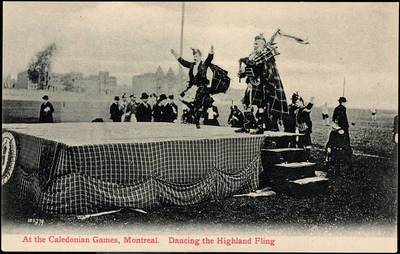 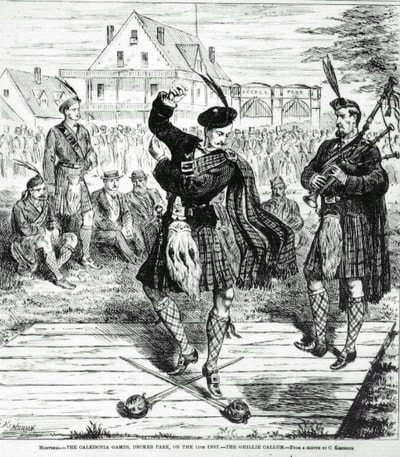 In 1855 the Caledonian Society of Montreal was formed. One of the first acts of the Society was to organize the Montreal Caledonian Games. Every summer from 1855 to the early 1970s, the Society held the hosted the games. These games were an important part of Montreal’s summer landscape, and were also a highlight of the Highland Games circuit. The Games were held at some of the larger parks of Montreal over the years, from the McGill grounds to Guilbault’s pleasure gardens.

When the Caledonian Society of Montreal folded, the Games were taken over by the Montreal Highland Games Society. Their first Games were held in 1977 in St. Lambert. In 1995 the Games moved to Verdun on the grounds of the Douglas Hospital. They were then moved to Pierrefonds in 2001 where they were held until 2012. In 2014 the Games returned to Verdun and were held at Parc Arthur Therrien until 2016. The Games returned to the Douglas Hospital in 2017.

Over the years there have been a number of different competitions held at the Games, including lacrosse, long jumping, running, and quoits, but the perennial favourites remain:  caber tossing, stone throwing, piping and Highland dancing. The tug-of-war has also made its return. Traditional and great fun!

Gillian Leitch, PhD
Historian, St. Andrew's Society of Montreal
​
The proud Scottish-Québécois Connection
​
Scots have long and historic ties with the province of Québec.
​
When the Don de Dieu sailed up the St-Lawrence River during the first wave of colonization of French Canada, it was piloted by a Scot, Abraham Martin (after whom the Plains of Abraham, scene of Wolfe’s victory, are named). Scots were instrumental in the building of the Lachine Canal which turned Montreal into one of the most important and prosperous ports in North America. Scots constructed the first bridge across the St-Lawrence River and Henry Morgan built the first department store in Canada. McGill University was founded in 1821 with revenue from the estate bequeathed by James McGill who was of Scottish origin. The first head of this world famous university was also a Scot by the name of John Bethune. Another famous Scot, Peter Redpath, was responsible for financing the museum, the library and a University chair. David M. Stewart, a great Canadian philanthropist of Scottish descent, used the proceeds of his inheritance from the Macdonald tobacco fortune to create the Macdonald Stewart Foundation, which would go on to fund many hospitals and universities in Quebec. Scots established and funded numerous other Montreal institutions such as the Literary and Historical Society of Quebec. Scots were the driving force that built both of Canada’s national railroads. The Hudson’s Bay Company and Redpath Sugar are other prominent Canadian companies that had notable Scotsmen at their helms.